Drawing Lesson for Kids in Shading

We had a fabulous lesson in shading last week. We spent the first half of the class performing exercises to better familiarize ourselves with the many shades of gray. For example, we practiced using a single soft pencil to fill in, or shade, multiple simple squares; first we began with a white square, and slowly progressed to our darkest gray square. After pencils, we moved on to the much more fun Chinese drawing inks. 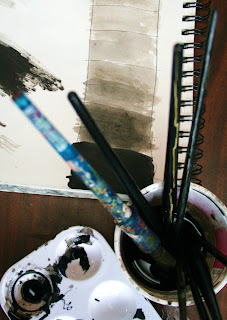 Next, we practiced cross hatching (a technique used to create shading effects by drawing closely spaced parallel lines) with pencil, and later moved on to cross hatching with pens. Its so exciting to watch the light bulb go on in a child's head when they realize just how powerful an easy to learn technique like cross hatching can be. 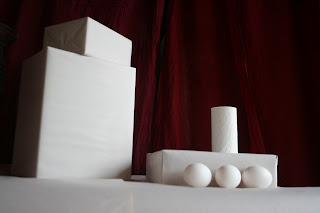 For the second half of the class, I set up a simple still life consisting of boxes and cylinders wrapped in plain paper. The idea is to minimize visual distractions so the children really focus on observing the light and dark areas of the still life. It was a wonderful day, so we had lots of beautiful natural light casting some great shadows. My young students really looked closely at exactly where shadows were falling, and seemed quite challenged -- the kids had to erase more than a few times. 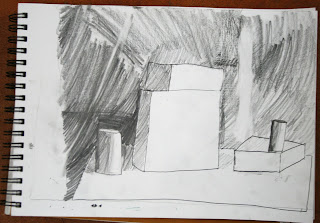 A lovely drawing by one of my 10 year olds. 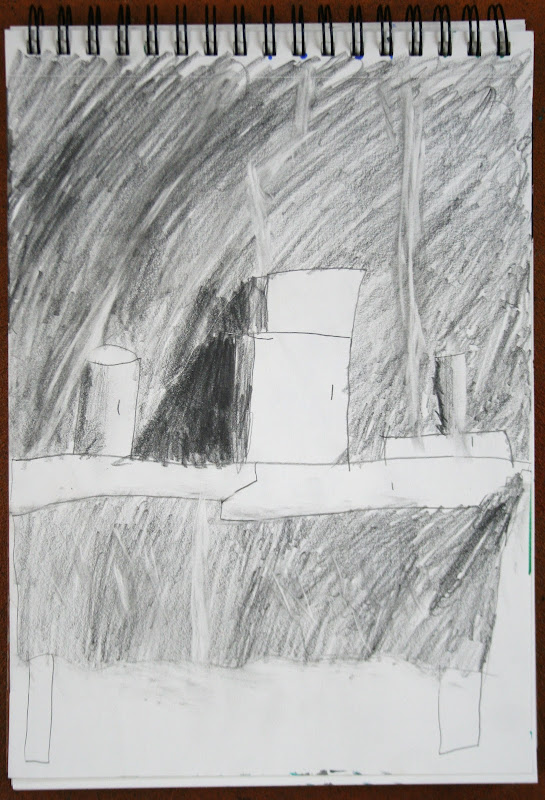 Another fine example of shading by one of my 7 year olds.
Posted by Ameen at 7:32 PM 1 comments